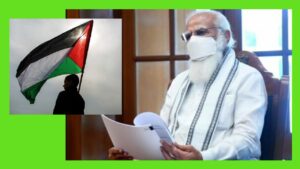 Subject: A request to intervene over the inhuman eviction of the Palestinians from their homes in Sheikh Jarrah by the Isareli Government backed Israeli settlers.

Assalaamu ‘alaa manittaba alhudaa – May peace be on the one who follows the Divine guidance.

Respected PM Modi,
Hope this letter reaches you well. I pray that God guides you to all that is good for your duniya and aakhirah – this world and the hereafter. Aameen.

I’m writing this letter to you, while hoping that you would make a difference to the people of Palestine, at a time that they are being thrown out of their homes in Sheikh Jarrah by the Israeli Government backed Israeli settlers. The Israeli forces have brutally attacked the Palestinians while they expressed their agony through peace protests. The Masjid-Al-Aqsa, the third most holy place for the Muslims across the world is also being desecrated by the Israeli forces, when the Palestinians there were engaging in their worship during the blessed nights in the month of Ramadaan. Even the make-shift medical centers are attacked by the Israeli forces to make the situation worse. Rubber coated metal bullets and stun grenades have be used against the civilians during all of this. If this inhuman oppression doesn’t stop, then the wrath of God is bound to descend upon the oppressors and those amongst the bystanders who don’t make an effort to stop the oppression.

I’m writing this letter to you, since you are the country’s political leader of the highest office in India, to make any decision on an international scale. You can initiate diplomatic approaches, or make public statements against the Israeli regime, or collaborate with the international community in imposing embargo or by deliberating military action against the state of Israel, all in the interest of stopping willful oppression.

As an Indian Muslim, while knowing your adherence to the Hindutva ideology, I am writing to you, since you represent the people of this country India, which includes even the 20 crore Indian Muslims who are pained by the atrocities done against the Palestinian Muslims. I would plead you to take necessary actions against the Israeli forces, so that we collectively engage in letting peace prevail in regions occupied by the Israeli settlers. I’ve chosen to write this letter to you, since you are the leader of this country India. It is only a leader who can make a difference to the people of Palestine now, Be-iznillah (by the permission of God). You have the authority, power and the means to impact them with your actions. If you stand up to the occasion and raise your voice against oppression, God will in’shaa’Allah extend provisions to you and to our country men out of His mercy. And if we fail the test, then no power can save us from the decree of God.

My last words for now: Fear God and take necessary steps to enjoin good on earth. Kindly take action at the earliest.