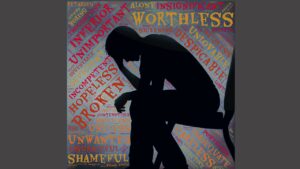 A very disturbing video of a girl from Ahmedabad, called Aisha Banu is on the social media, wherein she talks about her intentions to quit life on earth, after being estranged by her husband, which led to a legal battle between her dad and her in-laws in the court. Her deadbody was found after the video was sent by her to her parents. In the video she claims of not being anymore desirous to live, while she says it is not worth to fight our own people in the court. She even talked about love from one side is another devastating thing that disturbed her. With all the statements of hers, it is very evident that she was in need of professional help. And that could have been the role of professional counselors.

All major religions and cultures across the world consider suicide as a sinful act. There are some communities that normalize the suicide culture. But then, from the Islamic point of view, it’s a crime and a sin. However, in recent times I’ve even come across people debating over the circumstances that may push a person to take such a drastic step. I’ve found a few even justifying the decisions of the self-killer. By the way, these discussions are heard around the religious circles even.

Firstly, one has to understand why a person actually commits suicide. It is when a person doesn’t see a meaning to his life on earth, or when he is unable to face the trauma that he goes through, he/she justifies the decision to quit earth. Love failure, losing wealth or fame, failing in exams, unable to undergo physical pain, mental stress, fear of losing one’s reputation or honour due to certain accepted beliefs in society are all some reasons for people to have taken such a step. And all of these things can be attended through counseling In’shaa’Allaah.

The world is filled with many who would work to cause pain to you. But then life is not there to please those negative minds or to destroy ourselves to run away from their works. We must look for ways to make things better. It is easier to say, but surely not easy when one goes through a situation of bitter test in life. The heart and mind of a person is tuned to the aspirations and ambitions that were built over years of goal construction. And when one sees the goal posts missing, that’s when the whole world turns topsy turvy to him; a new world without the previous goals and objectives in life is like a smoky tunnel with no light. That’s hard to imagine for many. Think of a person who was fascinated with the cricketeer Tendulkar in his childage, and then went to professional cricket training, got selected for Indian National Cricket Team, and then on a fateful day meets with a bike accident that led to the amputation of one of his legs. His 20 years of dream just got vanished, and his new world is different for him to understand and cope up with. Now this is the point to address. How do we give a new meaning to those whose books of their roadmap to life are lost?

Yes, spiritual dimension plays a huge role in rectifying the situation. And moreover rational approach will be a step ahead to cure the vaccum in the soul. Life itself was wrongly understood by most of us, until when we were made to realise on one fine day. Likewise, for those whose dreams are shattered and made into like the dust in the air, something meaningful must be shown to them to build another dream out of the very dust. Their loss in life must be converted into their strengths. How could that be done? Professional counseling. People who are qualified and experienced must be approached and connected with. Many youths and adults are in need of counseling. Meet the right people at the right time, so that the negativity in the minds gets erased by the power of optimism and critical thinking In’shaa’Allaah. Stop crying over the spilt milk, and work towards cleaning the muddy defiled society. That must happen at a warfooting at the earliest. There are many young minds like Aisha Banu who are in need of a quick didactic guidance that would allow the souls to once again foliage with the desire to live. So let’s build a network, to help others build their goals In’shaa’Allaah.