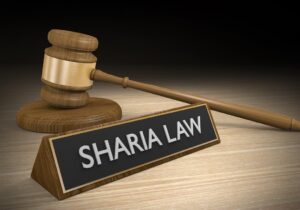 Conditions apply in punishing or allowing the person born in a Muslim home making certain statements or actions of apostasy.

* The law of apostasy, as understood by the orthodox Muslims is not applied in a non-Muslim state. Under such a scenario, the Muslims cannot execute the apostate, since taking law in hand will amount to a crime, and would lead to social disorder. Hence, within the democratic setup, all individuals have their right to choose their religion, and that includes even to the Muslims. So the rulings during such situation differ. The application of criminal laws are only possible when the land is declared as an Islamic country, following the Islamic sharia.

* Even if it is a Muslim country where orthodox Islam is practised and Islamic Sharia is applied even on criminal laws, then the jury has to distinguish between a Muhaarib and a non-Muhaarib amongst the apostates. A Muhaarib is the one who is a combatant. If one apostates to become a fighter against the Muslim community, by weapons and destruction, then he will not be given an option to live, even if he repents openly. That’s the punishment for treason. On the other hand, if one is a non-combatant, then he is counselled to return back to Islam. And he will be given long period of time to get through his confusion on faith, and given three opportunities to repent. If he repents, then he is forgiven and accepted within the community.

* In a scenario where one doesn’t reveal his or her apostasy, if one keeps that within one’s heart, then he or she will not be hunted, probed or punished for such a state of apostasy. Sharia doesn’t allow one’s private affairs to be spied and investigated, unless proofs are evident in the form of actions or words.

* Sharia looks at the intentions of the one who apostates. If one blasphemes through words, due to compulsion, out of fear and the reason to survive the torment of the disbelievers, while his heart is content with Islam, then in that scenario he will not be considered as an apostate.

* Mukallaf, the ones who have ‘Aql – intellectually soundness, and reached the age of Buloogh – puberty will be accountable for their words and actions regarding apostasy. Little children who don’t understand the gravity of their statements will be exempted.

* People who are mentally unsound will not be taken into account for their words, as their medical state would be taken into consideration.

* People living in remote areas or in areas where they never had an access to learn Islam will not be punished for their apostasy, since they will be treated as ignorants.

* For one to be considered an apostate, he or she must have followed Islam or known Islam before it. If one is not aware of Islam, then he or she was never a Muslim at first place. And if one never prayed from the childhood or even in adulthood, then he or she was never a Muslim, for a person who doesn’t pray is an apostate according to orthodox scholars. Hence this matter goes very deep when we discuss on a specific individual accused of apostasy. For instance, if one reads the shahadah – the Kalima to become a Muslim, without knowing what it takes to become a Muslim, and then does an act of apostasy without knowing that this is against Islam, then the law of apostasy doesn’t apply on him. For just reading the shahadah without Tasdeeq, doesn’t mean anything. Hence the ones who work in the field of Da’wah must teach Islam properly to the Non-Muslims, before they embrace Islam.

* Scholars like Ibn Taimiyah rahimahUllah considered even those of Baatiniyyah sect as apostates. But today, they are not considered as apostates, but as another misguided sect. The head of the states of Muslim lands don’t hunt for the members of Baatiniyyah to be executed. Hence the times, places and situation does have impact on the rulings.

* Apostasy is done through heart – belief, tongue – words or texts, and limbs – actions. All are paths to destruction. However, the apostate by heart alone will not be hunted down or probed to be punished in an Islamic society. Or for instance, if such a person lives in a non-Muslim country, he will still not be hunted down for his beliefs.

These are some broad sketches to understand the conditions to punish the apostate.